Lisbon is one of the oldest cities in western Europe. After the region was settled by the Celts, it was then founded by the Phoenicians. They established a settlement called Ulissipo, which was then conquered by the Greeks and Carthaginians. In 205 BC, the Romans won the Second Punic War against the Carthaginians and occupied the city, calling it Olissipo. Ancient Lisbon was integrated into the Roman province of Lusitania, but when the Roman Empire collapsed, it was invaded by Germanic tribes and was controlled by the Kingdom of the Suebi until 585.

In 711, the Islamic Moors invaded the Peninsula, including Lisbon. They renamed the city al-Usbuma. In 789, Alfonso II of Asturias managed to reconquer the city until 808. Finally, the Christians retook the city in 1147, led by Afonso I and supported by a fleet of the second crusade.

During the reign of Afonso III, Lisbon became the base for Portugal’s maritime expansion. This contributed to the development of the maritime laws enacted by King Ferdinand I. Afonso III also moved the capital from Coimbra to Lisbon.

At the end of the fourteenth century, the merchant oligarchy enthroned the House of Aviz (the second dynasty of kings in Portugal) and under their reign, the city began to flourish.

Lisbon during the Renaissance

From the fifteenth century onwards, the port of Lisbon became one of the most important in the world. During this period, the Casa da Guiné e Mina (a group of warehouses and customs offices) was established in the capital. This organisation managed all aspects of overseas trade giving the city great power. Lisbon centralized commerce with the Cape Verde coast.

The city’s wealth attracted numerous citizens from Genoa, Flanders and Mallorca. Their maritime knowledge influenced the court of Henry the Navigator.

In the sixteenth century, the Casa da India began to conduct business with Asia, Africa and Brazil, making the city yet wealthier, and the most important slave trade centre in Europe.

In 1580 the Duke of Alba conquered Portugal and the Spanish King Philip II was recognized as King of Portugal. Less than one hundred years later, in 1640 independence was restored and the country’s largest colony, Brazil, transformed Lisbon into a phenomenally wealthy city.

On the 1 November 1755, Lisbon suffered a terrible earthquake that destroyed a large part of it. Sebastião José de Carvalho (1st Marquis of Pombal) used the riches from Minas Gerais in Brazil to rebuild Lisbon Baixa with large Classical style avenues.

The city was invaded by Napoleon in 1807, but was recaptured by the British, conducted by General Wellington.

In 1833 the constitutional monarchy was reinstated. It endured until the Republic was declared in 1910.

After the First Republic ended in 1926, the anti-democratic conservative party took power installing the New State (Estado Novo) led by Anónio de Oliveira Salazar. His regime would last until the 25 April 1974, when a military coup driven by General Spinola finally installed the Third Republic. The bloodless coup is known as the “Carnation Revolution”, and over the following years Lisbon was greatly transformed by immigration and rapid growth.

During World War II, Lisbon became a refuge for many exiles from the various countries occupied by the Axis powers. From Lisbon, they would sail to the United States or Great Britain.

In 1986, Portugal became a member of the European Union and twelve years later, in 1998, Lisbon hosted the World Expo, which altered this beautiful city’s urban landscape. 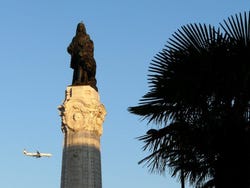 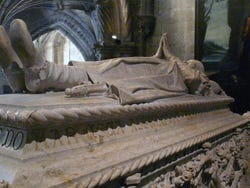 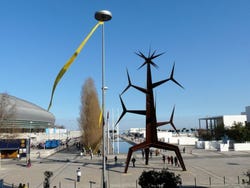