The trams in Lisbon are, not only one of the most useful means of transport to get around the city, but also one of the city’s most popular tourist attractions.

Portugal’s capital currently has five different routes and 58 trams, of which 40 are vintage streetcars. The heritage trams are small, nostalgic and an emblematic symbol of Lisbon, making for great photos.

Of the five routes, we recommend two:

The nostalgic tram 28 is an institution in itself. This wooden tram will transport you to another era. Its horn rings constantly to warn absent-minded pedestrians to move out of the way when it runs past the city’s long and narrow streets.

The tram 15 is the most frequently used tram in Lisbon because it connects the city centre and Belém.

This tram is not romantic. It is useful, modern and is always jam-packed with people, mostly tourists. If you take tram 15, keep an eye on your belongings as there are pickpockets.

The tram 15 departs from “Cais de Sodré” station, a large interchange station near Praça do Comércio.

Check out Lisbon’s several bus, tram and metro routes, among others in the following link. It can be a little tricky to understand. 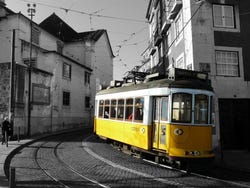 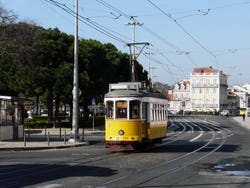 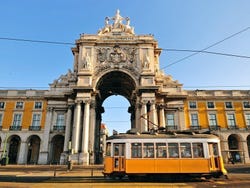 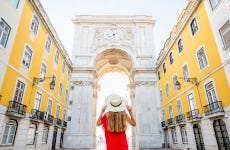 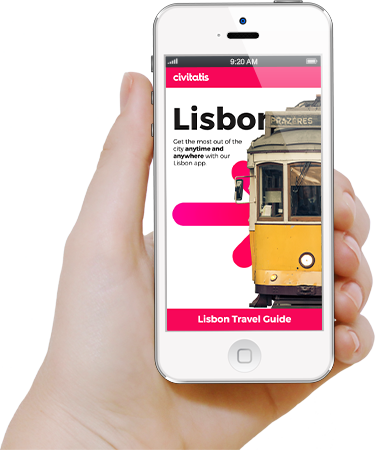