This activity includes a walking tour, dinner, and a fado show so you can fully experience the real Portuguese culture in the Alfama neighborhood, the birthplace of Portuguese fado! 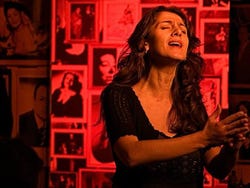 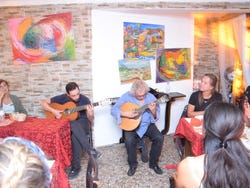 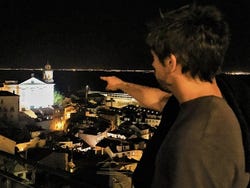 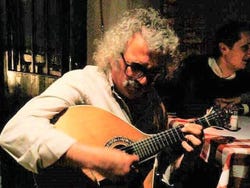 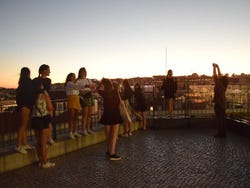 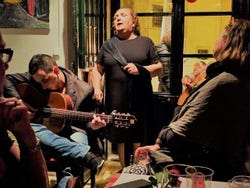 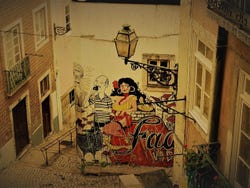 At the agreed time, we'll meet at the Rossio Train Station to start this fado tour through the Alfama neighborhood. Did you know that in 2011 this music genre became part of UNESCO's Intangible Cultural Heritage?

We'll start the tour in the best possible way: a traditional dinner in one of Lisbon's most traditional neighborhoods, from which fado originated at the beginning of the 12th century.

Then we'll explore the cobblestone streets in the old part of the city and reach a traditional fado house, where we'll watch a live show where you can enjoy the melancholic melodies of Portuguese music. Did you know that fado is traditionally performed with a Portuguese guitar as accompaniment and is known for its sentimental lyrics? It'll a show you won't ever forget.

After the show, we'll part ways and if you wish you can continue enjoying the atmosphere of the Alfama neighborhood at your own leisure.

* The price increases on the 30 September

All of our providers comply with local legislation and applicable health recommendations to avoid the spread of Covid-19. Show more

All those running the service (guide, driver etc...) will wear a mask throughout its duration.

The transport used will be disinfected before and after each service and deep-cleaned every 24 hours.

Alcoholic drinks are not available.

The activity takes place with a guide that speaks in english, although it may occasionally be done in two languages.

You can book up until 12 hours before the activity as long as there are still places. Book now to guarantee your spot.

All services published on Civitatis are carried out in accordance with our Sustainability Code. Specifically, this activity applies the following practices: Show more

US$ 37.70
Free cancellation up to 24 hours before the service starts
Book

Free! Free cancellation up to 24 hours before the activity starts. If you cancel under this time or do not show up, you will not be refunded.

9.50 / 10 13,630 reviews
Explore the Portuguese capital, and immerse yourself in the past and the present of the city of Fado with this free tour of Lisbon.
Free!
Book
like Free

9.40 / 10 1,502 reviews
Immerse yourself in the history, culture and tradition of Lisbon on this free walking tour of the Portuguese capital's oldest district: Alfama.
Free!
Book
like -10%

8.50 / 10 48 reviews
Discover the main attractions of the Portuguese capital on the Lisbon Hills Tramcar Tour. Enjoy beautiful views of the city form the historical trams.
US$ 24.20 US$ 21.70
Book