On this tour of Fernando Pessoa in Lisbon, we'll follow in the footsteps of the most important Portuguese poet of the 20th century. We'll learn about his fascinating life and the settings of his works. 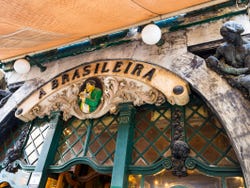 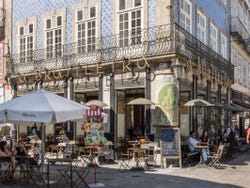 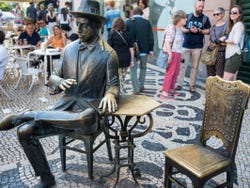 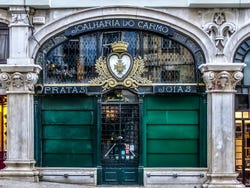 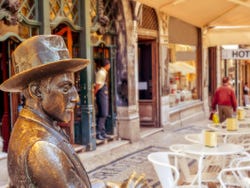 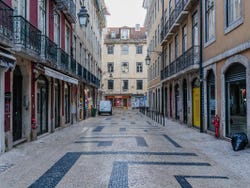 We'll meet at 11 am in front of Café A Brasileira, where none other than Fernando Pessoa will be waiting for us sitting on the terrace.

This place, presenting a Modernist design, was an important meeting place for intellectuals and artists, including the famous writer from Lisbon. A bronze statue was placed in his honor here, which is the point where we'll begin this tour of his life and work.

On this tour of Fernando Pessoa, we'll rediscover Lisbon through the eyes of the poet. After seeing the house where he was born, we'll follow his steps visiting the bars where he met with other writers and we'll learn which were his favorite spots in the city. In some of them he used to meet his beloved Ofélia Queiroz, to whom he dedicated a complete epistolary work.

One of the most interesting aspects of Pessoa's biography were his heteronyms, pen names with which he created many of his works. The streets of the Portuguese capital were the main settings for his stories, and on this tour we'll get to know some of the places that appear in novels such as Livro do Desassossego, by Bernardo Soares, one of his many nom de plumes.

After this journey through Fernando Pessoa's beloved Lisbon, we'll return to the starting point to end the tour at 2 pm.

All of our providers comply with recommendations to avoid the spread of Covid-19. Please check local restrictions before traveling.

You can book up until 48 hours before the activity as long as there are still places. Book now to guarantee your spot.

Wheelchair accessible. This must be indicated in the reservation.

US$ 28.20
No hidden fees or surcharges
Free cancellation up to 24 hours before the service starts
Book

Free! Free cancellation up to 24 hours before the activity starts. If you cancel under this time or do not show up, you will not be refunded.

9.50 / 10 17,895 reviews
Explore the Portuguese capital, and immerse yourself in the past and the present of the city of Fado with this free tour of Lisbon.
Free!
Book
like

9.40 / 10 2,232 reviews
Immerse yourself in the history, culture and tradition of Lisbon on this free walking tour of the Portuguese capital's oldest district: Alfama.
Free!
Book
like